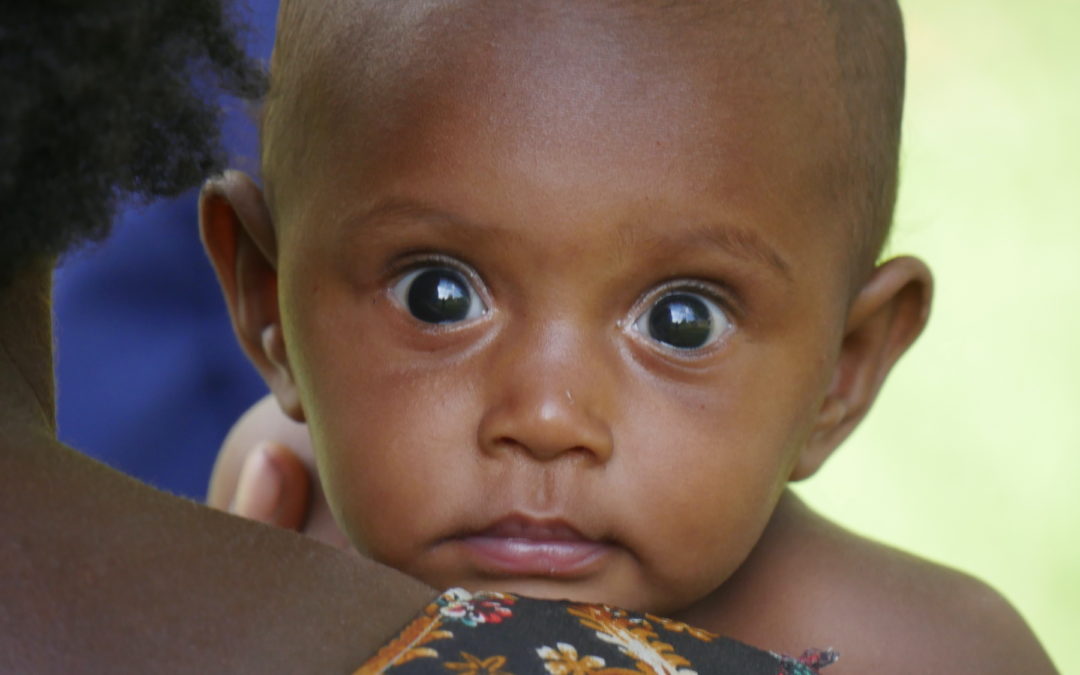 Our vaccination record: The French Aidocean humanitarian mission in Papua New Guinea has ended with a record number of vaccinations. While the country’s health authorities had given us a target of 545 vaccinations to be carried out during the mission, Aidocean surpassed that target by more than seven and a half times, giving out 4,142 vaccines to local children. ”Although this result is very positive, it also shows the dramatic situation on the ground and that there is a real time bomb here that can go off at any moment,” says Marine Bayer, co-founder of Aidocean. One in three children are not immune to poliomyelitis, and over 35 percent of children are not immune against diphtheria-tetanus-pertussis diseases. Additionally, every second child has missed their last dose against the measles.  (Full report HERE)

Two births but one death: On Babase Island, the Aidocean team helped a mother give birth to a little boy who was eventually nicknamed Aidocean by his parents. Another day, the medical team was able to react very quickly during a difficult birth in an isolated village. Once the placenta was delivered, the team was able to stop the mother hemorrhaging by suturing the young woman. “Two happy endings, but that does not stop us from being very sad after being unable to save little Benard who died in front of us from severe dehydration and suspected diphtheria,” the former combat helicopter pilot, now nurse added.

10 castaways saved from a nearly certain death: At the end of the mission and while the team sailed in the Bismark Sea, the French NGO’s ship comes across a drifting banana boat. The skipper had ran out of fuel and been drifting since the day before with 10 people on board including four children. “These castaways had very little chance of getting out alive from an extremely perilous predicament. It is sheer luck to have stumbled upon them and a great epilogue for this first humanitarian mission in Papua New Guinea,” concludes the two time Vendée Globe skipper and co-founder of Aidocean Sébastien Destremau.

Why a second expedition? : The team is now preparing a second humanitarian mission. ”With what we saw and what we have learned during this first expedition, it is absolutely crucial for us to return as quickly as possible to PNG. These tribes have so many urgent needs, and we have to go back as soon as possible to help them,” concludes Marine Bayer before returning to New Caledonia.

”We all know that our Western world is an ultra-privileged system. It is essential to help the disadvantaged and this first experience has enabled us to establish a roadmap for our future expeditions,” added Sébastien Destremau upon his arrival in France. 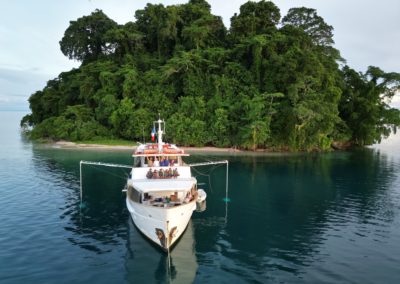 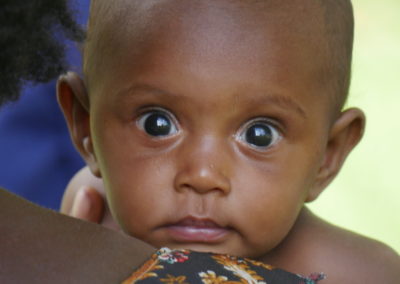 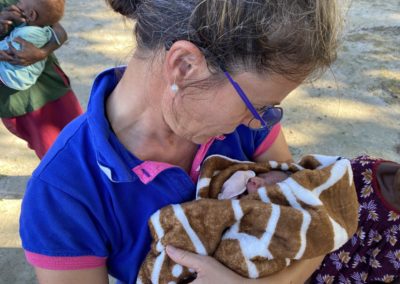 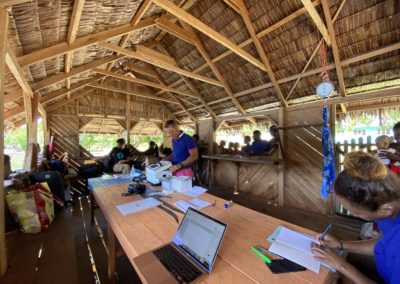 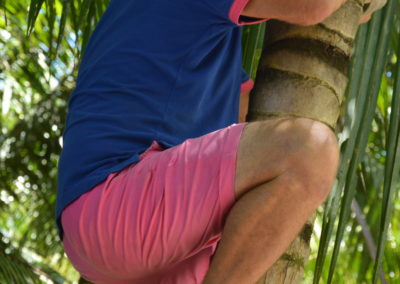 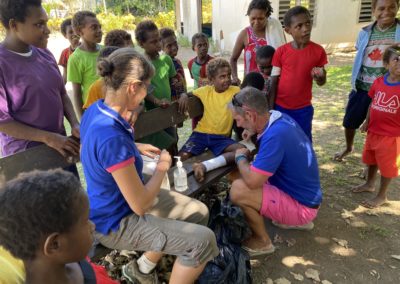 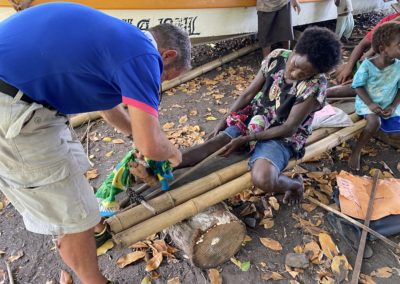 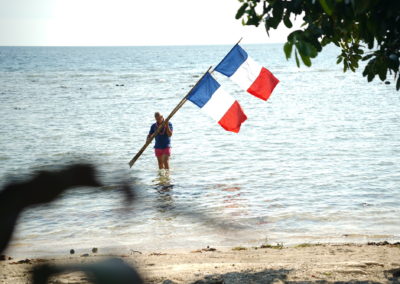 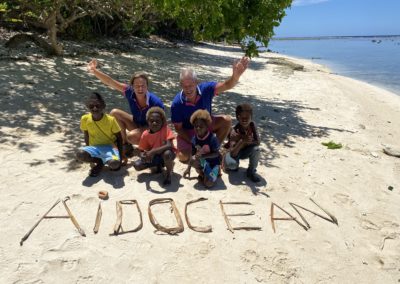 More infos on the Aidocean Expedition:

Jean-Michel Pontier is a military doctor with a degree in emergency and disaster medicine. He participated in several specialized unit missions and operations (Kosovo, Afghanistan and Sahel) including with the notorious Navy Seal Hubert.

Alexis Baudot is chief operator and more specifically in charge of capturing images for the documentary that will be produced at the end of the expedition. His filmography included; Low tide, Poitiers, The Lake, Pearls, Travelers, Soulmates, Red Skin.

Theodore de Kerros is a freelance journalist working  for several magazines and television channels. He is responsible for all the in-depth content during the mission.

Sébastien Destremau is in charge of the navigation of the ship with its owner Craig. Franco-Australian, journalist and navigator (5 America’s Cup, 2 Vendée Globe) he now devotes his life to humanitarian missions after 25 years of careers at the highest level.

Marine Bayer, a nurse for 10 years specialized in tropical diseases, her main role is to manage the medical team. Former helicopter pilot in the French Navy, she was decorated with the Legion of Honor for her heroic behavior to free the hostages of the Ponant ship in Somalia (2008).

Measles outbreak around the world

Reported measles cases skyrocketed by almost 80% worldwide in the first two months of the year according to WHO and UNICEF… https://bit.ly/3Q6H9S2 (french only)

French and New Caledonian support: Supported by the French country via the Ministry of Europe and Foreign Affairs and by the Government of New Caledonia, Aidocean has patrolled in four remote areas of the New Ireland Province. (Tanga, Babase, Lamassa and PukPuk). The Humanitarian Immunization campaign against childhood diseases lasted 42 days.

The ICAPE Planète Bleue Foundation joins Aidocean: The purpose of the foundation is to carry out social, environmental, educational and humanitarian actions, in connection with the maritime world and the preservation of the oceans. ”The ICAPE PLANETE BLEUE Foundation is fully aware of the importance of these missions and our team has the ambition to work for the benefit of all, with the sea as a common denominator, this precious element at the origin of all Life form.” 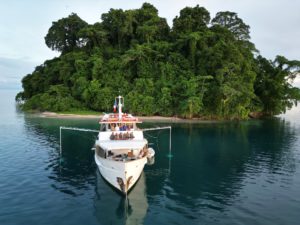