10 castaways in the Bismark Sea 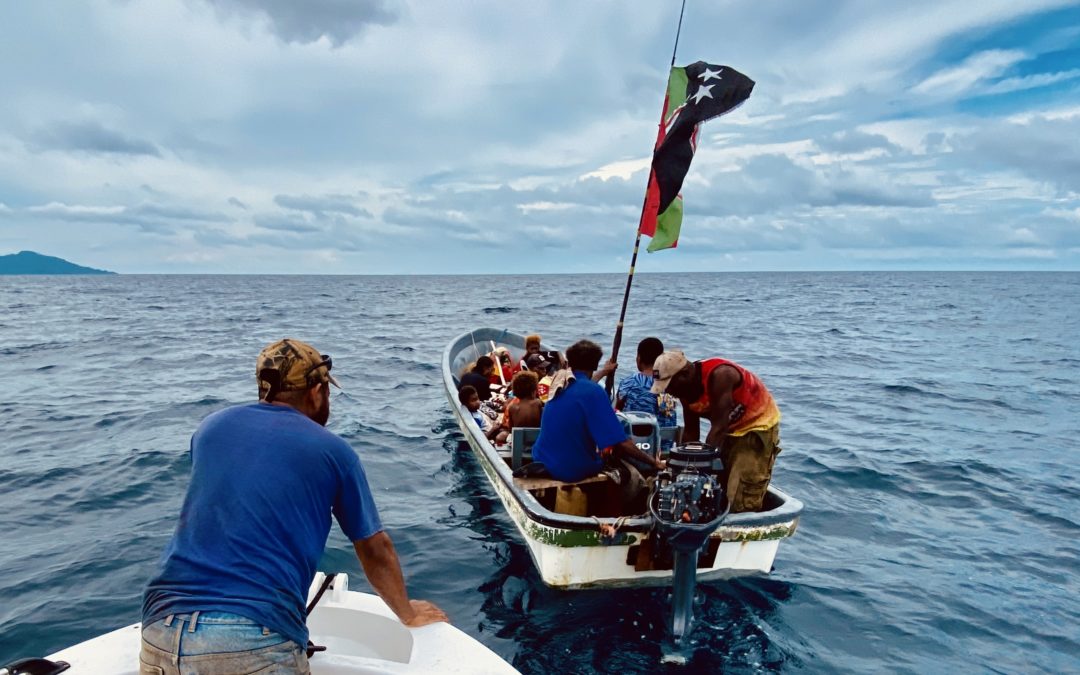 Whilst sailing in the Bismarck Sea in Papua New Guinea northern coast of New-Britain, the French ONG Aidocean’s boat comes across a drifting banana boat.  The skipper ran out of fuel the day before with 10 people onboard including four kids. The ”castaways” have been drifting offshore since.